skip to main | skip to sidebar

Let me show you some pictures… 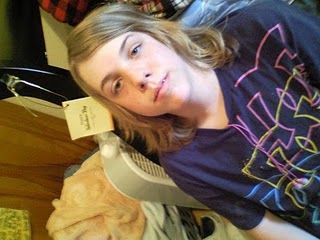 This picture is my little brother, Kitch (short for Christian). Now let me tell a little about a thought that has gone through my head recently.

Today I met Mama-J and Papa-J's boys for the first time. Impressions? Cute kids, smaller than I had envisioned in my head, and I think that is due to the fact that the only pictures I have seen of them is with their parents, and I forgot how much shorter than me they are haha. JC was a lot quieter than I figured he would be, but a lot of fun anyway! JB was more outgoing than I thought he would be! He was easy to talk to, and that was really nice.

Now you ask “Benjamin, why are you talking about these two boys? And what’s the deal with the picture of your brother?”. Let me tell you. Last week my little brother broke his wrist at the skate park. The exact same wrist, in almost the exact same spot, on almost the same obstacle that I did when I broke my arm last 8 years ago. It made me think of all the times I used to worry about him.

My first job was at a daycare center. I worked there in the summer, for two years in a row. I was a teacher for grade school aged kids. So basically all the kids from 6-12 years old. It was also about this same time that my father was having trouble finding work in state and was doing a lot of traveling. He would be gone anywhere from 4-6 weeks at a time. And not to sound as though I ran the show, but when he was gone, a lot of the fatherly responsibilities fell on me. Mostly simple stuff like spending time with my little brother and sister, or just helping with things like dinner, and making sure the kids didn’t rip one another’s heads off. (We still have to do that.)

Because I was sort of responsible for my little brother’s well being, I really developed a fatherly instinct toward him (nowhere near what the actual thing is like I’m sure). He would go with me to work at the daycare so that the two of them (Kitch, Kayla) wouldn’t be around each other all the time, and it also kept Kitch out of trouble. I used to have nightmares about people trying to hurt him, or kidnap him. And honestly for a long time that was my biggest fear. I mean I have a pretty strong connection with the kid; after all I have saved his skin TWICE! So it really would freak me out when he wouldn’t come home from a friends house when he said he would, or we just couldn’t find him at all.

Well the other day when Kitch called me and said “dude guess what!?” and told me he had just broken his arm. I didn’t freak out at all, I just asked if he had called my mother and if anyone at the skate park had a pillow he could rest his arm on. I used to freak out whenever I saw him bleed; it would completely make my stomach start turning. I would feel nauseated, and most times I would have to move a little slower in order to take care of things. Funny thing is when I worked at the daycare and the other kids would get hurt, that didn’t happen at all. I would just grab them up rush them inside or upstairs to the medical supplies and patch them up quick as a flash and then wipe the tears and back to the grade schooler’s room we go. With Kitch and Kayla, it was never like that though. It would happen the same way, but I would feel nervous the whole time. Almost like it were life and death. So what happened the other day that made it so I didn’t have my stomach in knots?

Kitch grew up. He was only 9 years old when I had my job at that daycare. He is 15 now, and by the end of the year will be driving! (Watch out , Kitch is coming) He isn’t the same little kid he used to be. He is in high school now and has weird friends and speaks a weird language (teenager) and makes his own decisions. It seriously blows my mind how much that kid has grown up. Over the last few months he has even finally started to learn the lesson we kept trying to teach him about doing his homework.

Alright now back to those other two boys. Today we went to the aquarium to look at fish and such with The J-Family, and myself. It was our play date for me to meet them. We were having a really good time looking at all the little fish and such when something happened. JB went missing. We were all by the pool of stingrays, and were petting them and such, and just about at the same time Papa-J (who was standing next to me with JC) and I looked up and couldn’t find JB who had been next to Mama-J on the other side of the pool (tank?).

Here is where the strange thing happened. I immediately started looking for him, (Mama-J did the same) which isn’t so strange, but that feeling was in my stomach. That feeling like if I don’t get this taken care of someone could be seriously hurt. It didn’t help that it took us 5 or so minutes to locate him (he was behind us looking at sea urchins). So what does this mean? Do I have some sort of unhealthy attachment after only spending a few hours with those boys? Did it only happen because he kind of looks like my little brother did at that age? Or is it just because Mama-J and Papa-J are awesome loving people who make you feel welcomed and wanted at every turn? Hint: I think it’s the last reason. I hope that doesn’t make them feel strange. Because honestly it shouldn’t, it’s not different than when I get that feeling about because niece or my cousins daughters.

Well here is the main point for this post. I thought about it a bit and here it goes. I miss my little brother. I miss living with him, and I miss playing with him. I miss him not being so independent. I miss him being small enough that he could jump into my arms when I came to visit. And I even miss how much he got on my nerves! I miss him when he was like this. 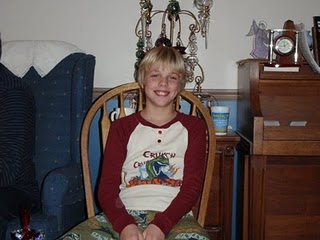 It’s funny; I have spent my whole life up to this point thinking of him as my little buddy. Thinking of him playing Pokemon and taking chocolate bars from the cupboard. Always just thinking of him as being little. And then somehow he grew up. He started liking girls, and developing his own taste in music. He even has his own opinions about cars (which are mostly wrong. SCREW TUNERS! GERMAN CARS FTW!!!!!). Well Kitch I want you to know I still love you buddy, and I’m really proud of you. I’m really proud of a lot of the decisions you have made, and more specifically for the ones you haven’t made. Now keep making me proud to say I’m your BIG BROTHER!

Today’s song I have been told is creepy, but I think it’s cute. You know like the horror stories your parents tell you when you are little to get you to behave or do your chores or brush your teeth or whatever. It’s that kind of song. And I had wanted to share it with Mama-J and Papa-J, so here you go!

These are my thoughts, feelings, reactions, concerns, ideas etc etc. I hope you can enjoy them in some way. If you are a first time visitor here, I would recommend starting at the beginning. My first post is titled PRIDE.
Want to contact me? benjaminjforbes@hotmail.com